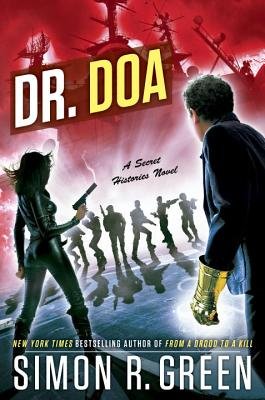 Okay, so putting this out there ***MAJOR SPOILERS***. You have been warned.

Oh. My. God. Ohmygod, ohmygod, ohmygod. Ashes of Honor is fantastic. This might just be my favorite of Seanan McGuire’s October Daye books. We pick up with plucky Toby some months after Connor has died and Gillian has chosen to be human. At the very start of the book, she is doing something dangerous, confronting a group of teenage Changeling druggies. But these drugs aren’t the usual drugs of pot or heroin one might think of as being rampant in a city just as San Francisco. This drug is called goblinfruit and while harmless to purebloods, it is addictive and fatal to Changelings.

Toby is confronting them without back up and with only her knife. These kids are armed with mortal weapons and are of the opinion that Toby needs to die. Why? Because in the very first Toby Day novel, Rosemary and Rue, Toby killed Devin, the man that took care of most Changeling kids. So they shoot Toby but it doesn’t kill her. Toby’s mom messing about with her blood to make her more than a mere Changeling makes her very hard to kill. That doesn’t stop her friends from worrying.

Speaking of friends, Tybalt has been sent after her by May and Quentin, arriving just in time to dispense some Cait Sidhe justice on the stupid young drug dealers. He then takes her home where another surprise is waiting for her, Etienne the Senechal for Shadowed Hills. Etienne has a problem. Namely, he had a daughter by a human some sixteen years ago and never knew it. And now, that daughter has come into her fae powers and has disappeared.

Disappearing happens to be Etienne’s trick. He’s Tuatha de Dannan, a teleporter. And his daughter is too. Only she’s a lot more powerful than dear old dad. Apparently on occasion Changeling children are more powerful than their full blood parents because something goes (genetically, I’m assuming) wrong and they have none of the innate blocks on their powers that pure bloods have.

The problems start piling up as Toby takes Quentin to visit her aunt, the Luidaeg (Sea Witch) for a tracking charm. It seems that an out of control Changeling Tuatha can rip the very fabric of Faerie apart at the seams. Etienne’s daughter, Chelsea, has apparently already been to places that the long gone Oberon had sealed off for his own mysterious reasons. And because everyone in Faerie lives by Oberon’s Laws, this could mean tons of trouble.

Toby has to track down Chelsea and the ones who took her while dealing with a Tybalt who has finally, FINALLY confessed his feeling to her. SQUEEEEEEEEEEEEEEEEEEEEEEEEEEEEEEEE! I have been waiting for this forever and a day! Not to mention that one of his subjects is attempting to usurp Tybalt’s throne and the Countess of Dreaming Glass, Treasa Riordan, is up to something.

This was an amazing book and I am sooooo tempted to re-read it right now. Seanan McGuire, you had better write the next book because I’m drooling for more! Rating A+

**SPOILERS** Do not read if you don’t want to have some plot revealed!

Rob Thurman is rapidly becoming one of my favorite authors. I really like her Cal Leandros and Trickster books. I just finished the latest Cal Leandros book, Doubletake. It starts out with our favorite brother Cal and Niko (I love this name by the way, don’t know why) getting hired by everyone’s favorite puck Robin Goodfellow to act as bouncers at apuck family reunion. If you think think your family reunions are awful, just imagine having 75 physical identical men, all con artists, trying to kill each other in the midst of an orgy. Yeah…just a bit disturbing and yet, funny as hell how it was written.

After that, we get introduced to Niko’s long lost father who is trying to get the brothers to help with some ancient Vayash (Romany clan) burden. No one believes that he’s here to reconcile with his son and everyone treats him quite like a leper. What is this man really after…? Read the book! Since it’s brand spankin’ new, I won’t give away the end! 😀

And then we find out what was in the empty cage at the end of the last book. A half Auphe who named himself Grimm who is trying to connect with Cal as a brother/fellow half-Auphe. Grimm is a total psycho who is bent on world domination. Yeah, a little cliche but its less that he wants to rule the world and more that he wants to tear it down and dance on the ashes. VERY good book and I can’t wait for the next one on either this series or the Trickster series. Rating: A+